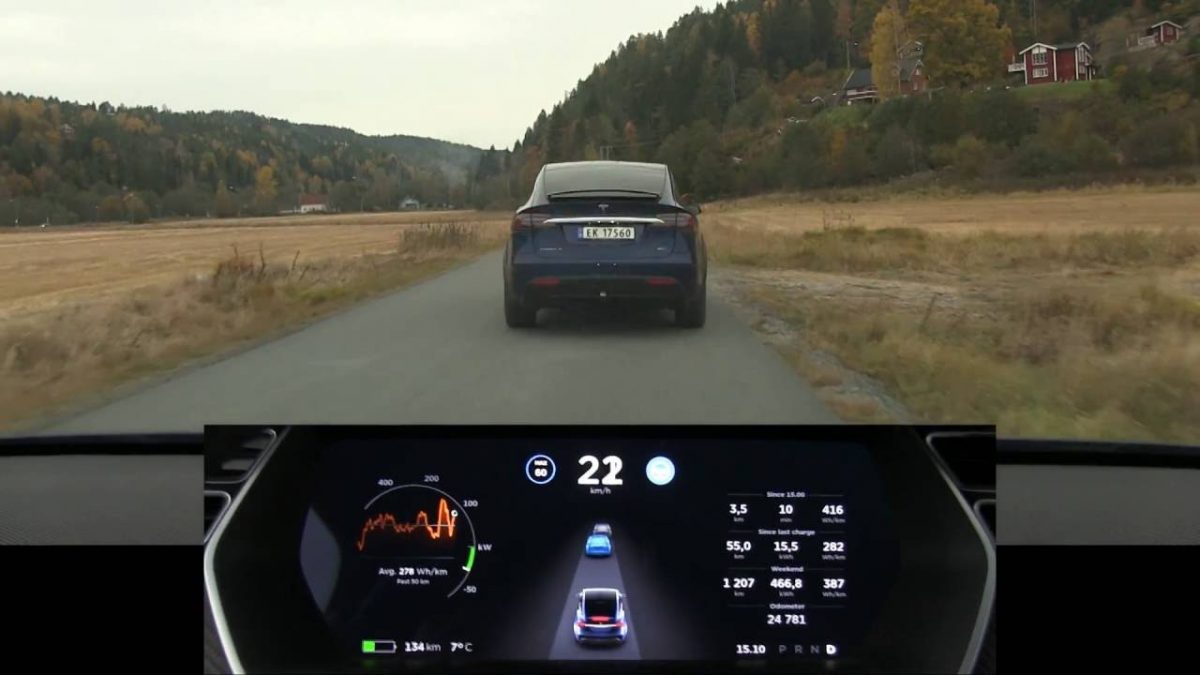 Tesla’s release of version 8.0 of its software brought with it a number of major changes, including a restructuring of the Autopilot feature to rely more heavily on radar than previously. As a result of these changes, the Autopilot feature is reportedly now able to detect emergency braking events 2 vehicles ahead — potentially allowing for a faster reaction in such circumstances, even when visual cues are minimal.

That’s the way that the changes were described in the press release that accompanied the software update, but how does the new system actually work in practice?

A video taken by the Tesla-owning video blogger Bjørn Nyland provides some insight in this regard. It seems to work well…

“By transmitting radar pulses beneath and around a car, Tesla Autopilot is able to ‘see’ what is going on two cars ahead. In theory, that means if a vehicle two cars ahead comes to a quick and sudden stop, Autopilot will be capable of detecting the decelerating vehicle quicker than a human can react and step on the brake.

“Now thanks to Bjørn Nyland, we can see this phenomenon take place in real time. Together with two friends, Bjørn staged a drive along a single lane road with two cars ahead of him. The driver of the lead car was told to come to a halt on a prearranged signal and at a place in the road where Bjørn could not see him. The plan worked perfectly. The lead driver applied the brakes after an audible countdown. Bjørn’s car detected it, as noted by the icon on the vehicle’s instrument cluster after turning from grey to white. The visual indicator lights up even before the brake lights from the car ahead is activated. This is presumed to be an indicator that Autopilot 8.0 has improved on its ability to react to emergency braking situations.”

Impressive. It’ll be interesting to see how significantly Tesla can improve on this with the launch of Autopilot hardware suite “2.0” sometime within the next year.