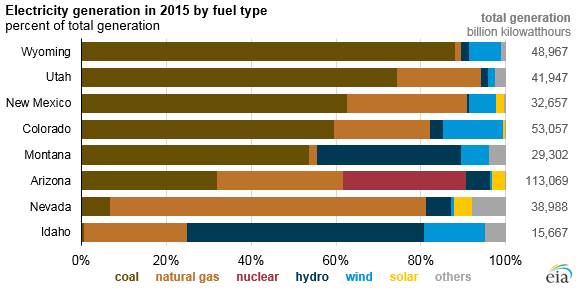 Arizona has the only nuclear plant in the region—Palo Verde—which, despite having a lower capacity than the Grand Coulee hydroelectric plant, generates more electricity than any other power plant in the United States. Palo Verde increased its generating capacity for two of its three units between 2006 and 2007 through uprates. Less downtime for maintenance has also improved Palo Verde’s operation and increased the plant’s average annual output. Palo Verde alone accounted for 9% of the region’s electricity generation in 2015.