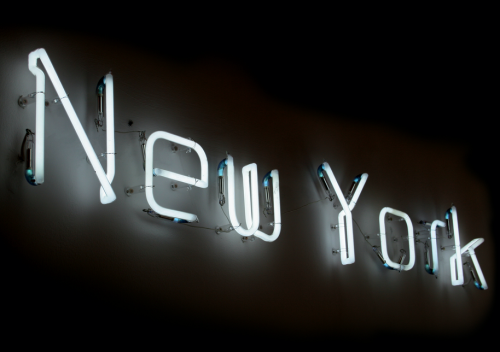 New York has an ambitious plan to reform its utility sector. Now come the difficult details.

With a mandate to become open platforms for distributed energy, how will the state’s major utilities reform their business plans? The pieces are starting to come together, forming a picture of how New York’s utilities plan to transform themselves.

This summer, New York’s five major investor-owned utilities filed their initial Distributed System Implementation Plans (DSIPs), and a follow-up filing is due out by November 2. Their initial proposals reveal a similarity of approaches to foundational technologies, which include smart meter networks, advanced grid operating technologies and online market platforms.

In examining these plans, the question becomes: Are utilities prepared to animate and enable a real-time, integrated, transactive energy market at the distribution level?

Onlookers close to the process believe so.

“These documents show utilities are capable of this change,” said Walter Rojowsky, an energy and utility advisor for PA Consulting.

But the DSIPs varied widely in their approach to market animation.

Con Ed was quick out of gate with its Brooklyn-Queens Demand Management project at the beginning of the REV process — and the utility is making it a key piece of its DSIP. The project is meant to defer the build-out of a large substation by utilizing demand response, efficiency and storage. This is an example of non-wires alternatives to infrastructure that REV is designed to encourage. Con Ed recently awarded 22 megawatts of demand response contracts for the project.

Yet in its DSIP, the utility remained “light on information in this stage of the process about how to handle an animated market in long run,” said Rojowsky.

In contrast, Avangrid was more detailed in its approach. The utility is planning an “energy smart community” demonstration project in Ithaca, New York to test an online platform for customer engagement. It will also create new rate designs that properly value distributed energy and efficiency, which will ultimately be scaled to form the full DSIP. Finally, the utility wants to network rooftop solar systems and make them more responsive to grid conditions.

“Avangrid’s project is unique — it will be a real-world lab to pilot and test operations for market enablement and animation, as well as grid operations and integrated system planning,” said Rojowsky.

Investments in “foundational technologies” must happen quickly. The DSIPs are focused on the next five years, and every plan mentioned specific technology investments to increase control over distributed resources.

“There’s a lot of discussion around advanced distribution management systems (ADMS). ADMS is a key enabler for the distributed system platform vision,” said Zach Pollock, an energy and utility advisor for PA Consulting.

For example, Con Edison, Avangrid, National Grid and Central Hudson are all proposing investment in distribution automation systems and smart meter networks — creating a layer of control when more distributed energy systems get connected to the grid.

But how will utilities pay for these technologies?

“Of course, utilities are concerned with rate recovery for the costs of such technologies,” said Pollock. “They need confidence to make these investments.”

On that front, the New York Public Service Commission bolstered utility confidence in May with the Track Two Order on cost recovery.

Rojowsky explained: “This order identifies a combination of revenue model reforms to encourage a high level of penetration of DERs while maintaining a sustainable business model for the utilities. It envisions the utilities receiving platform services revenues for the operation or facilitation of markets for DERs, as well as earnings adjustment mechanisms for achieving outcome-based results aligned with policy objectives."

In turn, this could speed deployment, allowing utilities to contract with providers of key IT systems under the software-as-a-service model — traditionally an operational expenditure.

“The REV process provides a way for utilities to articulate what investments they need to make. And the door is open to different kinds of recovery,” said Rojowsky.

DSIPs are a way to concretely address what investments are needed and where they’re needed. In early November, utilities will collectively submit a plan for coordinating their technology deployment through the joint DSIP filing.

The DSIPs are a promising first step in a complicated process.

“The DSIPs strongly articulated kinds of investment they need to make to better understand how their systems are currently operating at a granular level, and how they operate with higher DER penetration,” said Rojowsky

The next step will be establishing incentives on the customer side to compliment the DSIPs.

And then there’s the challenge of communicating all these changes to customers “in ways that empower then, rather than overwhelm them,” said Rojowsky.

More details will emerge when the state’s utilities officially file their joint plan on November 2. When that plan is released, New Yorkers will get a better sense of how their state’s energy future will unfold.

US To OPEC: No Worries, We’ll Make Biofuel From Trees