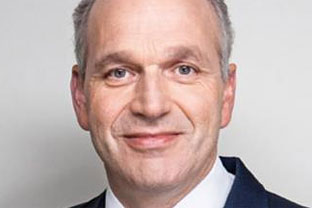 The company claims to be pursuing electric vehicle technologies, but it seems to be far behind leaders in the field, and even the leaders leave a lot to be desired. The recent news concerning Deutsche Post designing and manufacturing it’s own electric vans because there was nothing sufficient on the market is a case in point. Volkswagen’s unwillingness to offer compelling electric vehicles, even when there’s an obvious demand for them, is apparent — despite the comments being made by execs. 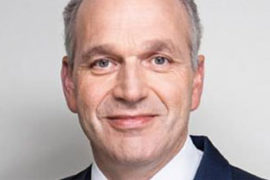 On that subject, though, Volkswagen AG board member Jurgen Stackmann recently did admit in a media interview that plug-in hybrids (PHEVs) aren’t “a logical end place to go for.”

The full quote reads: “Plug-in hybrids will be a continued way forward … but in the long run, as PHEVs are a call for two engine types carried with you, it’s not a logical end place to go for.”

The company has, of course, released quite a few PHEVs (mostly with nominal all-electric ranges). So, if PHEVs aren’t an end place worth aiming for, then why has the company been dragging its feet with regard to all-electrics that will be relevant for years/decades to come?

Continuing: “Moral of the story, years ago Volkswagen chose to prioritize PHEVs and neglect BEVs. Their battery cell choice reflects it. Only now that Volkswagen had an epiphany, they understand that they need better battery cells for their BEVs. This is why Volkswagen is now saying that the electric revolution will come in 2020 with new battery cells and new BEVs. Probably powered by LG Chem cells. Let’s compare the 37 Ah Sanyo/Panasonic cells that will be used in the upcoming Volkswagen e-Golf (35.8 kWh battery) with the LG Chem cells that will be used in Zoe’s 41 kWh battery — Sanyo/Panasonic: 410 Wh/L; LG Chem: 484 Wh/L (this is a estimation by comparing to the old Zoe’s 275 Wh/L LG Chem cells). If the Volkswagen e-Golf had the same LG Chem cells that are used in the new Zoe ZE 40, the battery capacity would increase from 35.84 to 42.26 kWh.”

So, essentially, if Volkswagen was using the LG Chem cells being used in the new Renault Zoe ZE 40 in one of its e-Golfs, then Volkswagen would already have a pretty good EV on the market. Rather than in 2020.

SureCarbon is Making Batteries Two Times As Powerful, and That's A Huge Deal