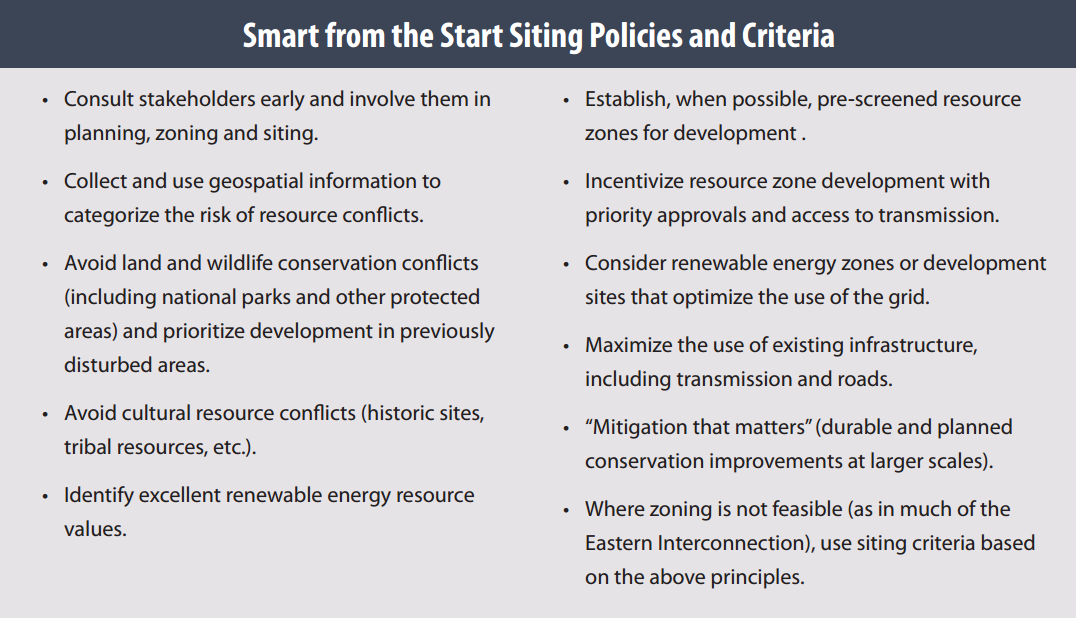 However, getting pollution-free hydro from Canada isn’t as simple as signing a power-purchase agreement (PPA) — it means utilities must build new transmission lines on both sides of the border.

Cost Effectiveness: The cost of hydro projects are highly site specific, but the best sites yield costs around $20 per megawatt-hour, making hydro the cheapest resource available in some places. Other developers, utilities, and the Governor of Massachusetts are making the case that the same will be true in the Northeast.

How do we get it?

Even with national permits and long-term contracts in hand, Northeastern transmission developers accessing Canadian hydro must navigate siting in some of the most constrained corridors in the country. Policymakers and developers seeking resources from Canada should observe Smart from the Start criteria, which can obviate conflicts:

Minnesota — a blueprint for the Northeast?

GNTL would bring 883 megawatts of Canadian hydro into Minnesota, diversifying and decarbonizing the electricity system via a new 500 kilovolt (~1,200 megawatt) transmission line. GNTL was approved by the Minnesota Public Utilities Commission and will provide Canadian hydro at costs comparable to a new combined-cycle gas plant while increasing resource diversity, reducing carbon and limiting exposure to gas price volatility.

When the time came to submit a route for state and federal approval, the proposal and even border crossing point had been modified several times to accommodate stakeholders and received near universal support, including resolutions of support from border counties and the Red Lake Band of Chippewa Indians.

In addition to DOE, MP also engaged other federal regulators early, obtaining letters of support from the Departments of State and Defense to bolster its case for a presidential permit, which it hopes to receive this year.

Northeastern renewable and transmission developers can learn from Minnesota and apply Smart from the Start principles to suit their unique needs, but important differences remain between Minnesota and the Northeast.

From Champlain to New York City

Developers cite regulators’ demand for clean energy as justification for permitting and siting investment, having responded directly to requests for clean energy development from New York City. And TDI has already obtained a presidential permit for the line.

The line would be buried, minimizing landscape impacts. Typically, burying lines is cost prohibitive but using Lake Champlain waterways and parts of the Hudson River lowers costs. Twenty-four times as much line can be laid before lines need to be spliced together, because longer cable spools can be carried by boat rather than by truck (imagine a single ball of yarn to make a scarf instead of 24). For portions requiring underground burial, developers used transportation right of ways to minimize siting conflicts, a best practice followed in Minnesota and Smart from the Start.

Like the Champlain Hudson project, Vermont Green Line is routed under Lake Champlain and buried along existing rights of way. Developers spent significant effort engaging stakeholders, leading to a proposal to bury the line, garnering greater support and increasing chances for regulatory approval.

What can policymakers and developers do to optimize hydro for the Northeast?

Thanks to David Moeller, Josh Bagnato, and Sonia Aggarwal for their input on this piece. The author is responsible for its final content.