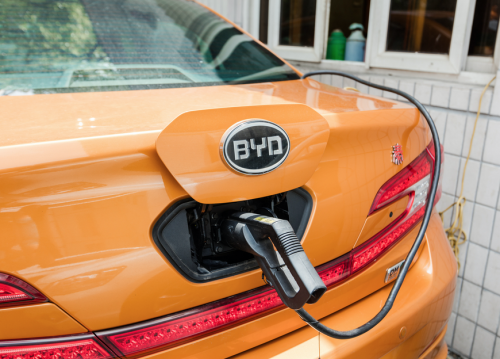 China is stepping up electric vehicle charging station installations amid analyst forecasts that EV penetration could hit 60 percent in major cities by 2030.

Last month Xinhua News, China’s official press agency, cited National Development and Reform Commission (NDRC) data showing the number of charging stations in the country had risen to 81,000 at the end of June, from less than 50,000 at the beginning of the year.

This represents a 65 percent rise in installation rates over the first six months of 2015, and means China was installing an average of 170 charging stations a day in the first half of this year. And Chinese officials were planning to increase the rate of installations even further.

Electric power companies were being asked to speed up EV charging station rollouts across Beijing, Tianjin, Hebei Province, Shandong Province, and major cities in the Yangtze River Delta and Pearl River Delta, according to the NDRC.

Xinhua News said the China Energy Administration was aiming for a nationwide charging station network that could accommodate 5 million electric vehicles by 2020. Meanwhile, new analyst research shows the rise of electric vehicles could be particularly spectacular in China’s major cities.

A study out this week from McKinsey & Company and Bloomberg New Energy Finance suggests many Chinese cities could adopt a "seamless mobility" model of transport, characterized by up to 60 percent EV penetration by 2030.

Seamless mobility is predicted to become the norm for densely populated, high-income cities such as London and Singapore, as a result of low-emission zones, consumer interest and favorable economics, the study says.

"There is such a vast commuting population, but still comparatively lower rates of car ownership, that these new mobility models have a very good shot at grabbing a big share of the market."

Seamless mobility is one of three models that McKinsey & Company and Bloomberg New Energy Finance believe will emerge in the world’s biggest cities in the next fifteen years.

The study, called An Integrated Perspective on the Future of Mobility, forecasts a "clean and shared" model will arise in large emerging economy cities, such as Mumbai, Delhi and Mexico City, with shared vehicles accounting for almost half of all passenger miles by 2030.

Meanwhile, sprawling suburban high-income centers will witness the rise of a "private autonomy" transportation model in which autonomous vehicles will allow passenger miles to increase by 25 percent.

China has a strong incentive to move to high electric vehicle penetration in large cities because of air pollution.

Pollution levels, already among the worst in the world, went up in 30 percent of Chinese cities in the second quarter of this year compared to the same period in 2015. "First-tier cities Shanghai and Guangzhou are among the cities which saw deteriorating air quality," Greenpeace East Asia said in July.

At the same time, China is said to be pursuing an ambitious plan to dominate global EV markets, which could prompt the country to bring forward adoption of a zero-emissions vehicle target similar to that of California.

As a result, said McKerracher: "China has the most aggressive targets for public charging infrastructure in the world. They are aiming for a staggering 4.8 million charging points by 2020. They missed an interim target of 400,000 in 2015, but now it looks like they’re really ramping up their efforts."

Earlier this year, Bloomberg New Energy Finance estimated that total spending on EV charging infrastructure in China between 2016 and 2020 could reach $43 billion.

However, McKerracher said: "The government can’t do it all alone and is trying to get private investors on board in order to hit the targets. If they continue at current pace, China could install more EV chargers than the rest of the world combined over the next five years."

Canada to have carbon-cutting measures beyond pricing: minister

Wind Is the New Corn for Struggling Farmers