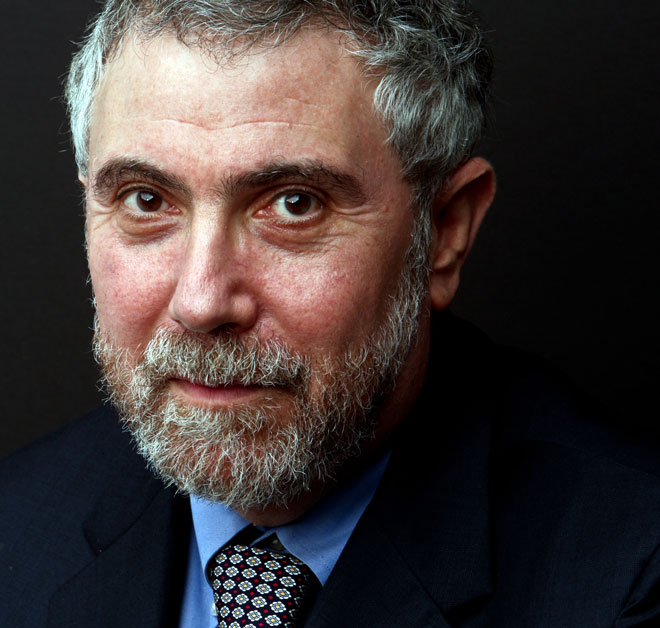 Paul Krugman is calling on moderators of the two remaining presidential debates to press the candidates on global warming.

In his Friday column in The New York Times, the Nobel prize-winning economist said climate change “should be a central issue in this campaign” and failing to push the issue would be “criminally irresponsible.”

“It’s time to end the blackout on climate change as an issue,” Krugman wrote. “It needs to be front and center — and questions must be accompanied by real-time fact-checking, not relegated to the limbo of he-said-she-said, because this is one of the issues where the truth often gets lost in a blizzard of lies.”

It’s not like it wouldn’t make for good TV. The candidates are starkly divided on climate change.

If she wins, Democratic nominee Hillary Clinton has vowed to cut greenhouse gas emissions by up to 30 percent by 2025, in part by pushing President Barack Obama’s Clean Power Plan to regulate utility companies. Donald Trump, on the other hand, has repeatedly called climate change a hoax, and suggested on Twitter it was invented by China to make U.S. manufacturing less competitive.

“I wish I could say that this puts him outside the mainstream of his party, but it doesn’t,” Krugman wrote. “So there is a huge, incredibly consequential divide on climate policy. Not only is there a vast gap between the parties and their candidates, but this gap arguably matters more for the future than any of their other disagreements. So why don’t we hear more about it?”

Climate change did come up during the first presidential debate last month after Clinton brought up Trump’s history of denying climate science.

The topic was notably absent from Tuesday’s first and only vice presidential debate. Krugman criticized moderator Elaine Quijano for ignoring climate change, despite asking two questions about long-term debt ― the downsides of which are debatable.

Somehow Elaine Quijano, the moderator, found time for not one but two questions inspired by the Committee for a Responsible Federal Budget — an organization concerned that despite relatively low budget deficits now and extremely low borrowing costs, the federal government may face fiscal problems a couple of decades down the line. There may be something to this, although not as much as deficit scolds claim (and Ms. Quijano managed to suggest that Mrs. Clinton’s proposals, which are fully paid for, are no better than Mr. Trump’s multitrillion-dollar debt blowout).

But if we’re worried about the longer-term implications of current policies, the buildup of greenhouse gases is a much bigger deal than the accumulation of low-interest debt. It’s bizarre to talk about the latter but not the former.

Clinton and Trump face off again Sunday at Washington University in St. Louis. The debate will be moderated by CNN anchor Anderson Cooper and ABC News reporter Martha Raddatz.

Questions about climate change would be timely. On Wednesday, the European Union ratified the historic climate accord reached in Paris last December, putting it well over the 55-country threshold needed to enact the treaty.

It's Time to Broaden the Fight Against Climate Change