The CEO of the world’s No.2 oil company thinks climate change is NBD. A look into an underreported interview exposes John Watson as an executive way out of touch.

In a recent interview, LinkedIn’s Dan Roth flat out asked Chevron CEO John Watson what he was going to do about attracting millennials to an industry they don’t 100% believe in.

Dan Roth: So much talk about millennials and how they work has been this focus on ‘purpose-driven work.’ I’m curious, at Chevron, what happens if you’re a company that’s developing fossil fuels and is not a huge part of the green energy movement? How do you convince young people to come to your industry? How do you make sure that millennials say ‘this is a company I want to be at if it’s not a mission I 100% believe in?’

Watson’s response may as well have been a deadpan, “I don’t know.”

To that question, Watson’s response not only entirely missed the point, but was cringe-worthy, seemingly self-congratulatory and made little sense.

Watson said, “Those attracted to our business know we’re a noble business — light, heat, mobility, mechanized agriculture. Every aspect of our standard of living is delivered by my industry. Our industry’s gotten safer every year. Our industry has gotten much better at reducing emissions. 98% of the emissions in gasoline aren’t there from what were there 40 years ago when I was a kid. I think [millennials] see that opportunity and are attracted to it.”

Roth’s questioning, on the other hand, was undoubtedly informed by the data LinkedIn scrapes on its users whom, it would seem, are largely millennials concerned about climate change.

Throughout the interview, Watson’s responses were all but indicative of an industry ready to make the shift to a cleaner energy economy. His responses also highlighted the fact that Chevron is a company run by an individual out of touch with millennials and the increasingly amplified concern among millennials that climate change is a fact caused by human activity.

To Watson’s point about fossil fuels powering every mundane thing in our lives, indeed, historically our cars and homes have been predominantly powered by oil and gas.

But people are really beginning to get excited about electric cars. They’re increasingly putting their faith in them as dependable modes of clean transportation. The 2017 Tesla Model 3 is already sold out, for God’s sake! The Model 3 is Tesla’s medium level, lower price car (the Model S being the high level, super expensive one) that starts at $35,000 before tax incentives.

Company culture is what attracts millennials to Chevron. 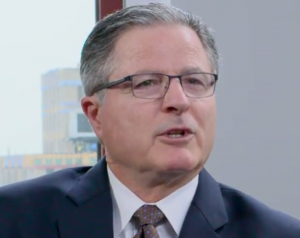 Roth, who has been called the “most powerful” editor in business journalism, at one point sharpened his questioning and bluntly asked: why would kids fresh out of college want to work in oil and gas?

Watson basically identified company culture as the single greatest force attracting millennials to his company, not what Chevron is doing to integrate itself with green technology.

Watson: “[Millennials] understand that we’re an indispensable energy that we’re going to need for many years to come. The company is one that’s well known for its values and for how people do work. Culture is really defined as how you get work done,” Watson clarified. “Now, industry conditions have been a shock to everyone, but we try to talk to employees… Most employees, while it’s been traumatic to see these reductions in the workforce — some of their peers around them — most have come through quite well.”

Yes, it may be true; fossil fuels are going to remain an integral part of the energy economy for a very long time. But this statement doesn’t even come close to addressing the need for fossil fuel sectors to integrate with renewable sectors.

Many studies have shown what good company culture looks like and how it can be a great way to increase productivity and decrease brain drain within a company, but it’s not going to move the energy economy forward and attract that growing pool of green minded workers.

While it’s a nice point to consider, it’s hard to believe that company culture is what will draw millennials into working in an industry they’re not thrilled about. And it hardly comes close to the kind of response Roth patiently spends the length of the interview looking for.

Roth’s question was simple. After citing Bill Gates’ Annual Letter Roth asked, “What do you think [Gates] doesn’t get about the delivery of energy?” 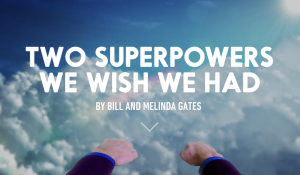 Bill and Melinda Gates focus heavily on energy in their 2016 Annual Letter. Bill Gates said cheap energy for everyone would benefit the entire world — something that Watson agrees with — and that government backed research is critical to finding a cheap and renewable solution.

This portion of Watson’s responses are just as ill-considered as all the rest but subtly reveal the true values, the hubris and the hedonism of a man out of touch with the increasing environmental concerns of the wider society around him. It reveals the fear and paranoia of a short-sighted man beholden to a lagging industry.

Watson said, “[Gates] believes in the power of innovation, and so do I. But what I don’t believe in is a ‘command and control’ economy that is trying to force change on a system where there are competing priorities. Most of America lives paycheck-to-paycheck. Raising energy prices, I don’t think, will be good for the average American, and I don’t think it will be good for manufacturing and other businesses we want to keep strong in this country.”

Watson is obviously first and foremost concerned with maintaining fossil fuel dominance in the energy industry. Roth made no mention about government subsidies in his comments nor in his questioning. However, Watson immediately resorted to scapegoating. He blamed a “command and control economy” — his term for federal regulations on emissions — for forcing change on the energy economy that would raise energy prices for the “average American” living paycheck-to-paycheck. Watson, a man raking in an executive salary of $32,000,000, grossly hides his self-gratification behind a soundbite on his concern for the middle class.

This strange response prompted Roth’s next question: Do you think it’s the government’s role to fund research into other forms of energy?

Watson said, “Most of the money that’s going into energy is really going into subsidizing energy that’s known. So, for example, electric cars aren’t new. Windmills are not new. Solar panels are not new… We should be sending the money — or subsidies, if you will — into basic research, early stage research, that the market may not fund.”

It would be nice to know what Watson thinks those areas needing funding for basic research are if not electric cars, windmills or solar. But hold on a moment. If by “known” he means it is known that solar technology, for example, exists and it’s potential is known to be awesome then he’s right. But I take it to mean he thinks we’ve funneled enough federal funding into research for alternative forms of energy that might jeopardize the fossil fuel industry’s market dominion.

The petroleum industry in the United States goes back to the early 19th century. Indeed, the world we know today would be dramatically different if it weren’t for oil. Oil is the raw material responsible for the way we communicate and access the internet; it is the basis of  many of the components in our laptops, smartphones and the cables that we use to connect them. Not to mention “it’s the feedstock for everything from crayons, contact lenses and the basis of our roads and runways.”

Electric vehicles and solar panels, on the other hand, while the technology for both has come a tremendously long way, haven’t been a thing for nearly as long and are still far less technologically advanced than they need to be to become viable contenders in an energy economy run by fossil fuels.

If you think we’ve reached the pinnacle of advancement in renewable energy or electric vehicle technology tell it to the Israeli developers of a solar powered water purification system or to Elon Musk who’s developing solar panel roofing and the Powerwall battery with the ability to power an entire home.

“There’s a lot we can do to mitigate greenhouse gas emissions in the short run. I just think we have to do them in a way that’s compatible with growing the world economy,” Watson said.

But we see where you’re coming from, John. It’s clear that neither you nor your company has any interest in really bridging the gap between fossil fuels and renewables for a clean energy economy.

You ended the interview with an anecdote of your early days at Chevron. It’s one of a time when you say you “hemmed and hawed” at a question your superior asked you and he responded by saying, “If that’s all you have to say, John, we’re paying you way too much.” It’s an anecdote you said you share with your employees in order to encourage them to speak up to their bosses, to encourage them to, effectively, speak truth to power.

In that spirit, I implore the CEO of Chevron to come down off it and to set a real example by ceasing to undermine the efforts of governments and private enterprise in achieving the “miraculous” goal of cheap, renewable energy. Quit looking at the rise of renewables as a threat and start thinking about it as an opportunity to forge a partnership and to make a difference in the world with energy. Because the only threat facing us all right now is the threat of irreversible climate change.

US To OPEC: No Worries, We’ll Make Biofuel From Trees 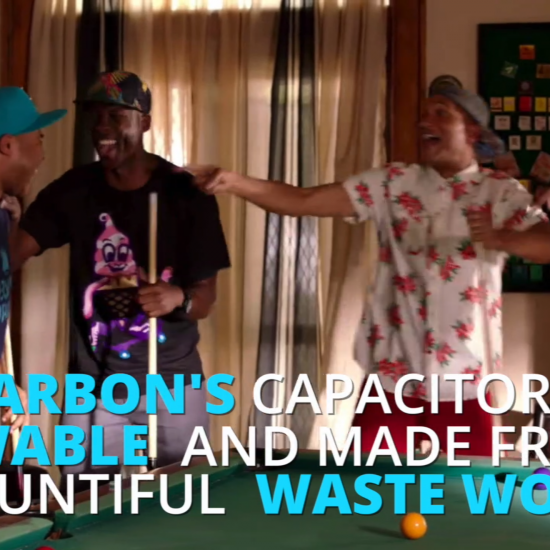 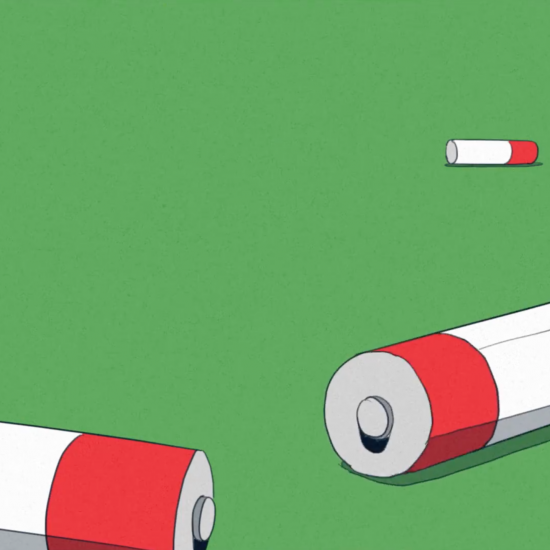